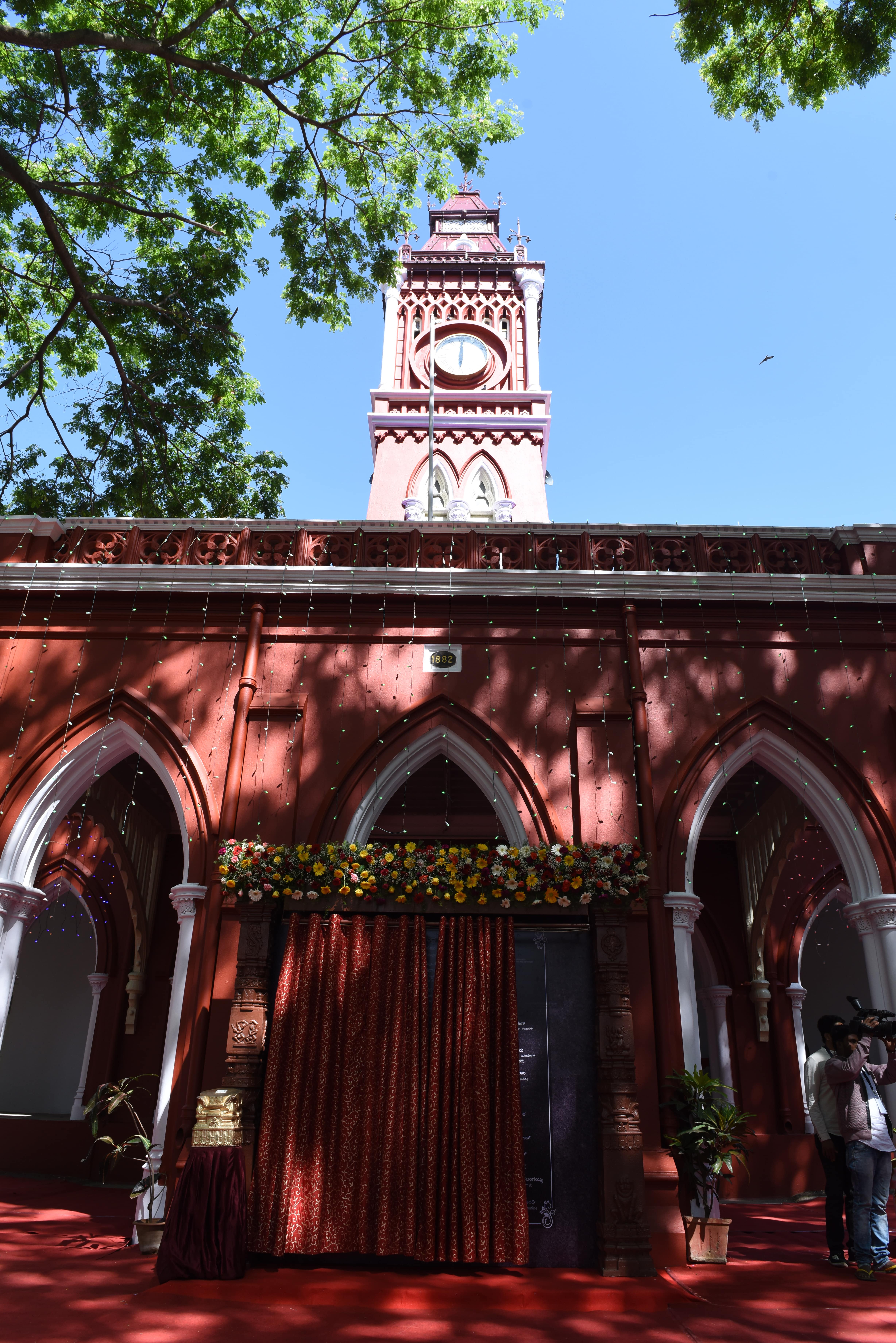 Bengaluru Central University inherits the legacy of the 160-year-old of the central college campus. In 1858, the British began a modest school called the 'Bengaluru High School' with five students after some leading citizens of the city petitioned the British. It formed the nucleus of what would evolve into an essential component of India's top universities before becoming an independent university in post-independent India.
In 1875, perhaps as a sign of its growing influence as an institution of higher education (it had 43 students!), the 'High School' changed its name to 'Central College' when it became a First-Grade College oldest in India. Some of the early names associated with Central College include Charles Walters, H. J. Bhabha, John Cook, R. H. Piggot, M. T. Narayana Iyengar, John Guthrie Tait, F. R. Sell, Dr. E. P. Metcalfe, and Prof. C. R. Narayana Rao, among other. All these people were responsible for the College to acquire an excellent reputation as a leading institute of higher education in India.
In 1916, many of Mysore's citizens were sated when the University of Mysore was established with Maharajah's College in Mysuru (formerly Mysore) and Central College in Bengaluru, two leading colleges under its aegis. Right from its early days, Central College was essentially a science campus. Around the time when the College became part of the University of Mysore, it acquired its imposing look with two big laboratories on either side of the main central block with its tall clock tower.

Central College soon became the essential institution for college education in Bengaluru and Mysore State. Apart from the B. A. and B. A. (Hons.) degrees, the College also offered a well-regarded B.Sc. Degree. Literary societies were formed around this time, English and Kannada departments were established early on at the Central College. Mathematics began to blossom in an organized manner from 1870 onwards. The Physics department was founded in 1882. Chemistry, which was being taught as a minor discipline, got its department in 1913. Zoology and Botany were organized into two separate departments in 1908 and 1919, respectively, as Kolar Gold Fields wasn't so far away, someone at B.C.U. Aptly recognized the need for mining engineers that paved the way for Geology to be taught as an exclusive subject from 1898. Subsequently, Sanskrit, Urdu, Persian, Tamil, Telugu, and Hindi also had their departments. Post-Independence societal vigor saw the commencing of the teaching of French (Française) and German (Deutsche) regularly.
In 1964, Bengaluru University was founded, and Central College became the city campus of the University. During this time, T.P. Issar, an Indian Administrative Service (I.A.S.) officer who rose to become the chief secretary of Karnataka, was the Registrar of the University. Eventually, the university offices moved to the Jnana Bharathi campus of Bengaluru University. It is also pertinent to mention that the identity of Central College is linked closely with that of the city of Bengaluru, and city residents intimately identify with the majestic College as something that belongs to them. Even a close look at its list of alumni from the nineteenth century makes it clear that the alumni of Central College have had a profound and pervasive impact on the growth and development of Bengaluru. Well into the twenty-first century, as it transitioned from a sleepy town favored by pensioners to the bustling metropolis that is the Information Technology capital of the world today, the 43-acre verdant campus in Central Bengaluru is also an essential green space with valuable architectural heritage.
Today at the 160th Anniversary of the Central College, it is rupturing into an eagle to soar higher. Though a daunting task to live up to the standards set by this University's legacy, all the values held in high esteem, we believe and pray that we will succeed in our mission.